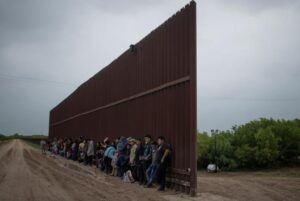 (Reuters) – A U.S. federal judge in California on Friday blocked the Trump administration from implementing a new rule that would have dramatically reshaped the U.S. asylum system and restricted asylum eligibility for immigrants seeking refuge in the United States.

U.S. District Judge James Donato of the Northern District of California granted an injunction sought by immigrant advocacy groups seeking to block the rule, which the Trump administration published on Dec. 11 and was set to take effect on Monday.

Pangea Legal Services and Immigration Equality sought to block the rule on the grounds that the Acting U.S. Secretary of Homeland Security Chad Wolf, who authorized it, was not lawfully appointed to office. A Brooklyn judge in November blocked the Trump administration’s attempt to end the Deferred Action for Childhood Arrivals (DACA) program, which protects certain migrants from deportation, on the same grounds.

“The government has recycled exactly the same legal and factual claims made in the prior cases as if they had not been soundly rejected in well-reasoned opinions by several courts,” Donato wrote in his opinion on the asylum rule.

U.S. President Donald Trump withdrew Wolf’s nomination on Thursday after Wolf condemned Trump’s supporters’ rioting inside the U.S. Capitol in Washington D.C. and said he would support an orderly transition of power to the president-elect, Joe Biden.