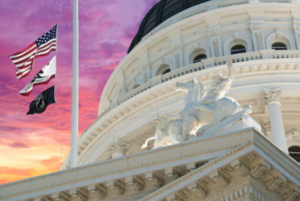 The California Department of Finance announced that the state’s population fell just 40,000 people short of a historic 40 million residents. Sacramento demographers, as well as population experts nationwide, agree that California will reach a nightmarish 50 million people by mid-decade.

The easiest way to understand the effect of 50 million residents on Californians’ quality of life is to imagine 25 percent more drivers on the roads, more students in the classrooms, more housing and more patients in hospital waiting rooms.

No one disputes this frightening inevitability. The already overcrowded and housing-short San Joaquin Valley, Riverside County and San Bernardino County experienced the largest population increases, and can ill-afford yet more growth.

California’s relentless and unsustainable year-after-year growth has sent residents with financial and professional options fleeing from the state. For the first time since 2010, more people moved out of the state than moved in.

Unsustainable defined: In 1900, California was home to less than 2 million people, but by 1950 the population had reached 10 million. California’s population nearly tripled in the last half of the 20th century, and its growth has been much higher than that of the rest of the United States.

As the most populous state, California has 10 million more people than the second most populated state, Texas, with 29 million people.

Californians can run, but cannot hide, from the consequences of population growth. Between 2017 and 2018, 21,000 Californians moved to Idaho. The result: Boise home prices increased about 17 percent, and new subdivisions and schools were built — the same elements of sprawl that Californians hope to escape.