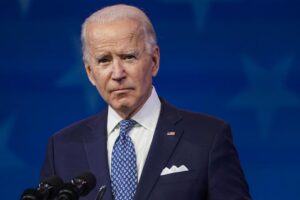 President-elect Joe Biden faces a series of decisions on how best to change immigration policies implemented during the Trump administration. Biden’s actions will affect millions of lives.

Below is a review of significant immigration issues confronting the Biden administration on asylum, refugees and other topics. An earlier article addressed the challenges and the outlook on H-1B visas and international students.

DACA: Due to court rulings, Deferred Action for Childhood Arrivals (DACA), protecting more than 600,000 recipients from deportation, managed to outlast the Trump administration. Based on statements made at a December 2020 hearing, it appears U.S. District Judge Andrew Hanen may be inclined to stop DACA. That creates additional complications for Biden’s efforts to maintain DACA. Administration attorneys must decide whether to continue the program in its current form or adopt a different administrative (or regulatory) approach.

Biden has promised to send a bill to Congress to provide a permanent solution for DACA recipients. The bill’s fate may rest on the ability to attract Republican support. A key question: Will the legislation include additional immigration provisions and address other groups seeking lawful permanent residence?

Refugees: Biden promised to increase the annual refugee admissions cap to 125,000, compared to the Trump administration’s level of 15,000 in FY 2021. While Biden can adjust the annual refugee ceiling after becoming president, it will take time to process more people and rebuild the refugee resettlement system after four years of policies aimed primarily at preventing refugees from coming to America.

Asylum: During December 22, 2020, news conference, Joe Biden said rolling back Trump administration changes to the asylum process will take months, not days. “Given the Trump administration’s relentless attack on asylum seekers and the U.S. asylum system, there are too many things to even list that need to be promptly addressed by the Biden administration to restore a system of due process and meaningful access to protection,” said Dree Collopy, a partner at Benach Collopy, in an interview.