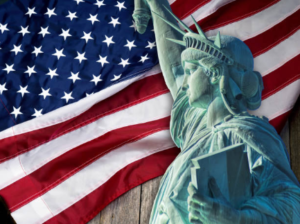 This week’s vote on the Border Security and Immigration Reform Act proves there is only one path forward to protect America’s Dreamers.

I bucked my party’s leadership and initiated a discharge petition process to force the House for the first time in 20 years to take up comprehensive immigration reform. Ultimately, I was an author of the consensus bill because it provided border security, closed loopholes in the immigration system, and provided a permanent solution and path to citizenship for our nation’s Dreamers.

Despite what our critics have said, our goal was to pass a bill that would become law; not to engage in worthless political posturing.

Earlier this year, I laid out a roadmap to get a permanent fix for Dreamers signed into law. My “Queen-of-the-Hill” Rule quickly became one of the most cosponsored pieces of legislation to protect Dreamers ever written. This roadmap laid out four options: the first three are partisan approaches, and it culminates in a bipartisan pathway forward.

The House has now voted on every partisan option, and each failed. It was a hard fight just getting to this point. It should be evident to House leadership, and to every member of the Republican Party, that there is no bill that can reform our broken immigration system that can receive 218 Republican votes.

Likewise, when the Democrats last had control of the House, 58 members of the Senate and White House, the DREAM act failed to become law after 38 House Democrats voted against it along with five Senate Democrats.

I am a cosponsor of the DREAM act because I support it. But those who call for that as the only option are fooling their supporters into thinking it can become law. Only a bipartisan approach where each side engages in compromise can be successful.

We are elected by our neighbors to solve problems and make laws. Sometimes that means taking tough votes, but that is the burden we bear as the country placed its trust in us to lead.