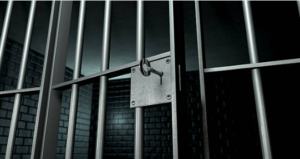 RIO GRANDE CITY, Texas — A Honduran man who entered the U.S. illegally killed himself in a Texas jail despite guards checking on him every half-hour and a camera in his padded cell, authorities say. Marco Antonio Munoz, 39, was found unresponsive in his cell on the morning of May 13, a day after U.S. Customs and Border Protection agents brought him to the jail and two days after he was detained for entering the country illegally, the Starr County Sheriff’s Office says in an incident report filed June 5 with the Texas attorney general’s office and obtained Sunday by the Associated Press.

According to the report, jail officers said Munoz became combative during the booking process and was restrained and placed in a padded cell overnight. They said they checked on him every 30 minutes and at least once more during the morning shift before they eventually found him unresponsive on the floor.

Munoz was declared dead around 10 a.m., the report states. The sheriff’s office said he didn’t show any mental health problems or say anything that might have suggested he was thinking about killing himself.

Video footage from inside the cell showed that Munoz tied his sweater around a drain grate in the floor, looped it around his neck and turned his body around several times, cutting off his circulation and breathing. The report doesn’t say what time that occurred and the sheriff’s office didn’t respond to requests for comment Sunday.

The Washington Post, citing unnamed border agents with detailed knowledge of what occurred, reports that Munoz entered the country with his wife and their 3-year-old son, and that he became enraged and had to be restrained when agents said the family would be separated.

The sheriff’s report, like a CBP news release on Saturday, made no mention of details in the newspaper’s story about why Munoz might have been so despondent.