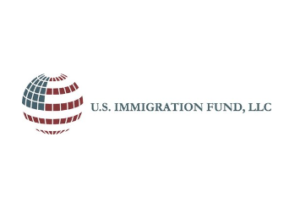 JUPITER, Fla., Aug. 24, 2022 /PRNewswire/ — U.S. Immigration Fund, LLC (“USIF”) one of the largest EB-5 Regional Center operators in the United States with over 5,000 EB-5 investors and over $2.9 Billion in EB-5 capital, is thrilled to announce the notice of receipt (known as Form I-956F) from U.S. Citizenship and Immigration Services (“USCIS”) has been secured for its latest project, The Wave Spa. Project approval from USCIS verifies that USIF properly filed the Wave Spa’s application.

Under the new Reform and Integrity Act of 2022, now that USIF has received their receipt of I-956F, individual EB-5 investors can now immediately file their I-526E petitions for The Wave Spa with USCIS and the guidance of their immigration attorney.

Current Benefits for an EB-5 investment in the Wave Spa Project:

No visa waiting lists apply to investors from any country based on investments in high unemployment areas through September 2022.

Investors lawfully living in the U.S. are eligible to file their I-526E visa petition with I-485 adjustment of status application – an opportunity for the investor to obtain a 2-year open work permit under adjustment of status in what could be as little as 120 days from filing.

About the Wave Spa Project
Located on New Jersey’s Atlantic shoreline, the Wave Spa will build a new beachside hotel located near major areas including New York City and Philadelphia.

U.S. Immigration Fund- NJ, LLC (“USIF-NJ”), the authorized EB-5 Regional Center is sponsoring the Wave Spa Project to prospective EB-5 investors. The Wave Spa is being developed by a highly reputable and well-respected real estate developer with decades of successful experience. USIF-NJ successfully worked with the developers of the Wave Spa in a prior real estate development in which an affiliate of USIF-NJ raised and loaned $50 million for one of their previous EB-5 real estate projects – and successfully returned that investment capital ahead of schedule.