Home Uncategorized In The Wake of Protests, Another Undocumented Immigrant Accused of Rape in Maryland 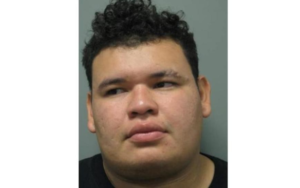 MONTGOMERY COUNTY, Md. (ABC7) — In the wake of heated protests centered on illegal immigration in Maryland’s most populated county, authorities there have arrested an undocumented immigrant for the alleged rape of an intoxicated woman.

Around 4:30 p.m. on September 10, police say Gomez-Gonzalez picked up his female friend with plans to take her out to dinner. On the way to the restaurant, the two stopped at a liquor store and purchased a bottle of Hennessy cognac. They then drove to a park in Gaithersburg where they managed to polish off the entire bottle, according to investigators.

The victim recalled feeling extremely drowsy and says she started to doze off in the car. That’s when Gomez-Gonzalez allegedly began to kiss her and tried to “pull down her leggings.”

“Each time Victim A told Gomez-Gonzalez to stop, that she would scream or she would call the police,” Montgomery County special victims detectives wrote in court documents.

The victim remembered exiting the car at one point to urinate in a bush. As she walked back, she fell to the ground due to her level of intoxication. Gomez-Gonzalez — who is 5-foot-9 and 200 pounds — allegedly called two of his friends to help carry the victim back to his car.

“Wow, she’s really fu—- up,” one of those friends reportedly stated upon seeing the woman.

The victim told detectives she had memories of Gomez-Gonzalez later leading her up the main steps to his town home along the 200 block of Garth Terrace in Gaithersburg, located near the Lakeforest Mall. Once inside the residence, Gomez-Gonzalez allegedly kissed the victim’s face, neck and breasts, stripped down and got on top of her.

The victim says she attempted to push Gomez-Gonzalez off and managed to hit him the chest, but to no avail. Then she passed out, saying she awoke the following morning with intense pain.