Home Court News In One State Immigration Court, Bonds Are Among Highest in the Country, Asylum Granted Less Often 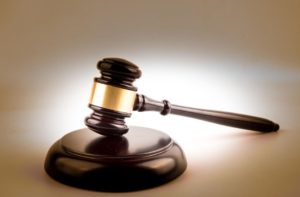 When Guatemalan migrant Nanci Hernandez appeared before an immigration judge at the Northwest Detention Center in Tacoma — her kids thousands of miles away at a Texas facility — the government had one week left to meet a court-ordered deadline to reunite families separated after crossing the border.

With the separations sparking international outrage against President Donald Trump’s “zero-tolerance” policy, judges and immigration officials were releasing parents on bond, here and elsewhere, so they could rejoin their children.

But in the Tacoma court that stands out nationally for high bonds, Judge John Odell had questions. He wanted to know if she had ever been in the same room as the person offering to put her up in Georgia, a friend of Hernandez’s mother, according to her lawyer, Malou Chávez of Northwest Immigrant Rights Project (NWIRP). Hernandez had not.

Odell determined she was a flight risk, and denied bond.

Hernandez got out of detention only after being transferred to Texas. Immigration and Customs Enforcement (ICE) released her there on her own recognizance just in time for the July 26 deadline, allowing her to reunite with her 12-year-old daughter and 8-year-old son.

“It’s arbitrary,” Chávez said of Odell’s decision. “In other situations, where we show the same evidence, he’s granting bonds.”

Six other parents separated from their children were denied bond in one of three courtrooms in the Tacoma detention center and in a makeshift courtroom recently set up at the Federal Detention Center in SeaTac, according to NWIRP.

Lawyers with clients among the roughly 60 migrant parents transferred here in June say they also have trouble understanding why some received $2,500 or $3,000 bonds while others had to pay $15,000 and up before being released.

Most are now elsewhere with their kids, but not all. A judge in SeaTac denied bond to one father Thursday, according to NWIRP. Nationwide, hundreds of families remained separated after the court deadline.

The higher bonds set locally are far above those commonly set in at least two other places dealing with separated parents, Texas and Colorado, according to lawyers there. Colorado’s judges typically ordered $1,500 bonds, the minimum, said Brittany Hurley of the Rocky Mountain Immigrant Advocacy Network.

The discrepancy reinforces a recent analysis showing Tacoma’s immigration court, along with Hartford, Connecticut’s, gives out the highest bonds in the country. The median at those two courts was $15,000 — twice as high as the national average.