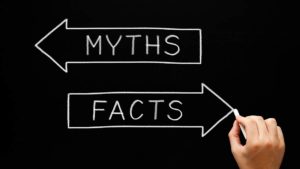 If you didn’t know anything about our immigration system — an accurate description of our political class — you’d think that we take in few immigrants from the Third World or from anywhere outside Europe and that our “racist president” wants to stamp out the last vestiges of the few brave and unique immigrants coming from subpar conditions, yearning for freedom and American values. This distortion could not be farther from the truth.

Here is a list of the top 30 countries of origin among the immigrants who received green cards in 2016. These 30 countries supplied 76 percent of our immigration pool:

A couple of immediate observations are in order:

Notice how Mexico dominates our legal immigration system in addition to sending us most of our illegal immigrants. Mexican nationals were the recipient of twice as many green cards as the second country on the list. And this has been the case pretty much for every year over the past few decades. Indeed, since 1965, 50 percent of all immigrants came from Mexico and Latin America, 29 percent from Mexico alone. Is that fair? Is that diverse? Who voted for this? Obviously, as neighbors, we are bound to have a flow of immigrants from Mexico, but does it make sense that we should admit 15 times as many from Mexico as from our other neighbor, Canada, and do so year after year for decades?
Not a single European or western country is among the top 20. Canada is #25, and the U.K. is #26. No other western country even registers.

Seven Islamic countries, several of which are on Trump’s moratorium list, are on this list, and they’ve been moving higher every year.

From watching the trends over the years and having some background on this issue rather than solely from the chart numbers, it’s clear that the top source countries of our immigration are not dictated by merit, but primarily by chain migration, diversity lottery, refugees, asylum, and quasi-amnesty policies that allow certain illegal immigrants to obtain green cards. This is not the immigration system America voted for; nor is it the one that was promised to us in 1965, 1980, and 1990.