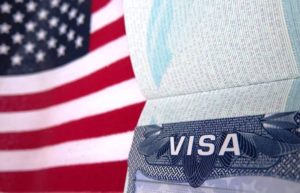 Continue Using Expiring Form I-9 Until Further Notice from USCIS

Although the Employment Eligibility Verification Form I-9 is set to expire on August 31, 2019, employers should continue to use the expiring/expired form until further notice from USCIS. On March 1, 2019 U.S. Citizenship and Immigration Services (USCIS) published a proposal to extend the validity period of the Form I-9 and solicited comments from the public on potential changes to the form. Presumably because it received a very small number of comments from the public during the initial 60-day comment period, USCIS extended the comment deadline further, to July 5, 2019. At this time, USCIS has not yet made an announcement regarding extension of the existing Form I-9 or publication of a new Form I-9.

As a reminder, the Form I-9 expiration date appears in the top right-hand corner of the form.

We will provide an update as soon as USCIS makes an announcement regarding the newest version of Form I-9.

The Department of State (DOS) has announced that effective August 29, 2019 it is reducing the validity period of E-1 and E-2 visa stamps issued to French citizens from 60 months (5 years) to 15 months. As a reminder, the E visa is available to nationals of countries with which the United States has entered into a treaty of commerce and navigation, if the applicant and the applicant’s U.S. employer both meet the strict criteria for qualifying in this visa category.

Accordingly, future French recipients of E visa stamps will need to return to a U.S. Consulate more frequently to apply for a new E visa if they want to travel outside of the United States while working in E visa status.