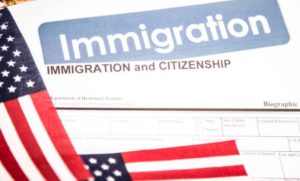 WASHINGTON, United States — With barely two days before the US government runs out of money, and President Donald Trump feuding with Democrats over immigration, Republican congressional leaders scrambled Wednesday to avoid an embarrassing federal shutdown.

A bipartisan deal on immigration that would shield some 700,000 people from deportation lay in tatters after the president’s reported use of vulgar language during a tense White House meeting last week set off clashes with key Democrats.

The opposition party have been pushing for any budget agreement to include a deal on the future of the so-called “Dreamers” who were brought to the country illegally as children and are set to lose their protected status on March 5.

But with a Friday midnight deadline looming, Republicans are angling for a temporary bill that extends federal spending into mid-February, re-authorizes funding for a threatened children’s health insurance scheme for six years, and scraps some health-related taxes — with no immigration-linked measure included.

“I feel that it makes no sense for Democrats to try and bring us to a shutdown,” House Speaker Paul Ryan told a press briefing, seeking to pin the blame on the minority as the clocked ticked down.

“I think cool heads hopefully will prevail on this.”

“We’re not going to shut the government down,” he said.

But even the Republican stop-gap measure could face opposition from far-right conservatives.

Ryan will have to win over key skeptics to get the temporary spending bill passed, particularly if Democrats unanimously oppose a measure with no agreement to protect the “Dreamers.”

Republican leadership is well aware of how poorly a shutdown will reflect on their party, which controls both houses of Congress and the White House and is headed for crucial mid-term elections in November.

Trump reversal
Frustrations over the immigration deadlock boiled over in New York, where three people were arrested outside Schumer’s office, and in Washington, where police said 82 people were arrested in a Senate office building during a protest urging protection of immigrants.