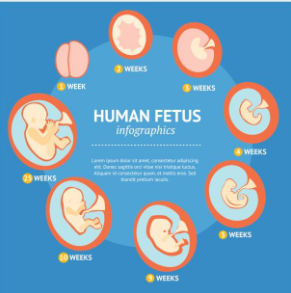 Once again, Texas is at the center of a dispute over how the federal government treats pregnant, undocumented minors in its custody.

Last fall, a Texas case made it all the way to the U.S. Supreme Court when local immigration officials refused to let an undocumented minor leave federal custody to have an abortion. Now, with that case still pending, a top federal immigration official has ordered that a Texas health department booklet containing dubious scientific claims about the dangers of abortion be disseminated to undocumented minors nationwide.

Last month, according to The Dallas Morning News, the Office of Refugee Resettlement instructed shelters across the country to provide minors in their custody with “A Woman’s Right to Know,” a booklet created by Texas health officials that features disputed health information, including claims that abortion has been linked to breast cancer and infertility. Medical experts have long disputed the contents of the pamphlet.

The booklet — which Texas abortion providers must show patients 24 hours before they undergo the procedure — also outlines gestational stages, abortion risks and alternative options, including adoption.

Four congressional Democrats objected this week to the government’s push to disseminate that pamphlet nationwide, both because of its “blatant lies about the safety of abortion” and because much of the information it contains is specific to Texas law. They also criticized Scott Lloyd, the director of the Office of Refugee Resettlement, for handing down “increasingly unhinged and unethical rules and procedures.”

“Mr. Lloyd has now made the caregivers of these young women – those to whom they look for support and nurturing – complicit in lying and spreading misinformation about their reproductive health,” wrote U.S. Reps. Jerrold Nadler of New York, Zoe Lofgren of California, Diana DeGette of Colorado and Barbara Lee of California.

Their criticism comes amid uncertainty about the rights of undocumented pregnant minors in the custody of federal immigration officials — a question rooted in Texas.