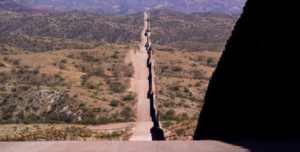 On the campaign trail in 2020, President Joe Biden made a promise: He told voters he would end the Remain in Mexico program on day one of his presidency.

But more than a year into the Biden-Harris administration, thousands of migrants a day are turned away from the US under the Trump-era program, which requires asylum-seekers to wait in Mexico for the duration of their immigration court cases.

Despite a brief suspension in the first half of 2021, protracted legal battles led to the program not only being reinstated in December 2021, but expanded as well. The ongoing battle over the policy has made it to the Supreme Court, where justices heard oral arguments this week over the administration’s efforts to end the program once and for all.

Similarly, immigration advocates spent the first 14 months of Biden’s presidency urging the administration to end Title 42 — another Trump-era policy used to rapidly turn away asylum-seekers under the guise of a public health emergency measure.

On April 1, Homeland Security Secretary Alejandro Mayorkas announced that the administration finally had an end date in sight. It would mean that families and single adult asylum-seekers who had been turned away time and again at the southern border since the COVID-19 pandemic began in March 2020 would have the opportunity to make a claim beginning May 23.

But the proposal has been met with resistance and confusion thus far – from all sides of the political spectrum.

A bipartisan group of senators introduced a new bill earlier this month that would block the administration from scrapping Title 42 without a specific plan in place to deal with massive numbers of migrants expected at the border. Then, a Trump-appointed judge this week temporarily blocked the administration from lifting the order, announcing an intent to grant several states’ request for a temporary restraining order.