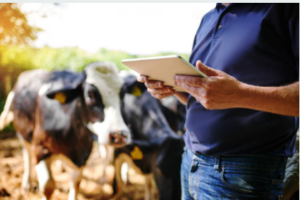 WASHINGTON — The desire among some House Republicans to force a vote on immigration contributed to the defeat of the farm bill on Friday, May 18. The legislation failed by a vote of 213 to 198, and with that, the hopes for immigration reform may also be fading for 2018.

“I would have to say, honestly, as much as I like to be optimistic, that is a long shot, and if we do get something moving, it’s going to be a very very tough issue to get wrapped up, particularly before the election,” he says.

“I just don’t see immigration being something that this Congress can get done. Not only are the parties divided, but the within the parties, within the caucuses, there’s a lot of division,” he says.

“I’m not clear that everybody in the conversation wants to get to an answer, get to a deal, but clearly I do,” he says.

Conaway says a solution to the ag labor issue is long overdue. That’s why he’s been backing Rep. Bob Goodlatte’s AG Act, or H-2C, which provides three-year temporary guest work permits. The Virginia Republican’s bill passed out of the House Judiciary Committee. However, a new pathway is needed to move the legislation if the farm bill cannot be used as a bargaining chip to force a vote.

“I’m working with Goodlatte on his bill to get a good ag worker program. One that makes sense; one that can actually be implemented with some common sense about it and not make it so difficult to transition from where we are now to where we want to get to,” Conaway says.