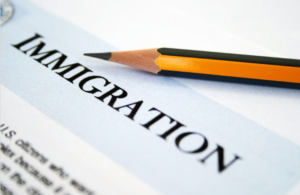 Secretary of Labor Marty Walsh talked about the importance of significant immigration reform at a House hearing this week.

“If we want to move forward as a country, we need to figure out some immigration laws and get some reforms,” he told the U.S. House of Representatives Appropriations Committee Tuesday.

Walsh said that he is satisfied with how the H-2B visa program is being handled, adding that the Biden administration will continue to strengthen that program. In August 2021, President Biden directed the secretary of homeland security to increase the statutory limit from 22,000 to 33,000 H-2B immigrant visas per half-year. Walsh said he is “confident” that immigrants working under that program are protected and that safeguards ensure that employers do not abuse the system.

Members of Congress at the hearing agreed that employers are not out to take advantage of immigration rules.

According to Walsh, immigration laws need to be addressed beyond discussing H-2B and H-2A seasonal and temporary visas.

“That’s not immigration. We need real immigration reform in this country for a pathway to citizenship because those are some of the challenges,” Walsh said.

Other labor professionals concur. During a Brookings Institution-sponsored session at a healthcare and immigration reform panel last month, economist Tara Watson said, “The presence of a robust immigrant workforce is really an important component of thinking about the decision of Americans to age in place or stay in the community.”