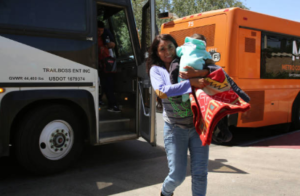 United States Citizenship and Immigration Services officials are planning to change all references of the term “foreign national” to “alien” in the agency’s policy manual, according to a Department of Homeland Security official with knowledge of the plans — a move that will upset immigration advocates who have long said the word is offensive and unnecessary.

While the term “alien” is found within US Code and is regularly referenced in the immigration system and in court rulings, the word has, in recent years, been wiped from the California Labor Code and the Library of Congress after advocacy efforts.

A spokesperson for USCIS defended the change, saying that the agency “proposes to use the legal term in the Immigration and Nationality Act.”

“It is important that our agency, which administers our nation’s lawful immigration system, align our internal materials with the INA,” the spokesperson said in a statement. “Under the INA, the term ‘alien’ means ‘any person not a citizen or national of the United States.'”

The agency has long been known as focused on providing services to immigrants, evaluating visa, work authorization, and naturalization applications. Under the Trump administration, it has made a restrictive turn, focusing more on enforcement, former officials say. In 2018, the agency removed the phrase “a nation of immigrants” from its mission statement.