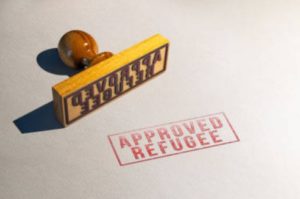 Immigration officials are considering a proposal that would institute a new fee for certain immigrants who entered the US as children, charge for asylum applications, and transfer more than $200 million to Immigration and Customs Enforcement, according to documents obtained by BuzzFeed News.

The details come from Department of Homeland Security briefing documents from a September meeting that lay out US Citizenship and Immigration Services’ plans for its much-anticipated upcoming proposed regulation on fees. USCIS, which is primarily funded through money from immigrants’ applications such as filing for a green card or work permit, is required to review its fee structure every two years.

If instituted, the proposal would represent to immigrant advocates the latest attempt to restrict immigration through legal means.

In recent months, the administration has issued rules to deny permanent residency to immigrants in the US who immigration officials believe would not be able to support themselves financially and block the entry of immigrants applying for visas who cannot prove that they will be able to obtain health insurance within 30 days of entering the United States.

“This is one more way under the administration that they are making legal immigration unattainable,” said Ur Jaddou, former chief counsel at USCIS under the Obama administration.

USCIS which is planning to publish the proposed regulation in January, has multiple fee proposals but its primary option is to transfer more than $200 million to ICE for “qualifying investigative work,” issue a new fee for Deferred Action for Childhood Arrivals (DACA) renewals, charge $50 for asylum applications, institute a fee for asylum-seekers’ work authorization documents, and cut fee waivers to only those that are required by statute and international treaties.

“Currently, USCIS is conducting its biennial fee review, as required under the Chief Financial Officers Act of 1990, to study the agency’s revenue, costs and needs,” a spokesperson for USCIS told BuzzFeed News. “As always, USCIS will publicly communicate information on its fee review through a notice of proposed rulemaking (NPRM) published in the federal register, should a decision be made to adjust its fees. No determination has yet been made.”