Home Resources How Immigration Could Motivate Democrats In 2018 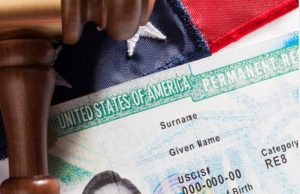 Last week was supposed to be a pivotal moment for an immigration deal. But despite days of debate and numerous proposals, senators were not able to pass a concrete immigration solution.

Part of the conundrum is that President Trump seems unwilling to sign any bill that does not include a commitment to narrowing legal immigration, after originally saying he would pass any bill that lawmakers could agree on.

If Congress does not come up with a solution soon, and the courts don’t offer some clarity, some 700,000 people protected from deportation under the Deferred Action for Childhood Arrivals program (DACA) could lose their status.

Immigration appears thoroughly ingrained in the Democratic brand. When the center-left think tank Third Way conducted surveys after the 2016 election with voters, nearly all of them pointed to the same thing.

“When we asked people what Democrats stood for, immigration was one of the biggest words that came up in the word cloud that people used to discuss Democrats,” said Lanae Erickson Hatalsky, vice president for social policy and politics at Third Way. “[Immigration] was a mainstay of how people saw the Democratic Party.”

And so the logical conclusion ahead of the 2016 presidential election was that Trump’s unfriendly immigration rhetoric would help Democrats.

“One of the things that many analysts had pointed to is Donald Trump’s comments about immigrants, particularly Mexican immigrants, might motivate Latino voters to turn out in record numbers,” explained Mark Hugo Lopez, the director of Hispanic Research at the Pew Research Center.

That did not exactly happen. For one thing, the top issue for Latino voters — like all voters — was the economy. And the Latino turnout rate actually declined compared from 48 percent in 2012 to 47.6 percent in 2016.

Despite the assumption that immigration is a pillar of the Democratic Party, in the last presidential election, it galvanized Republicans far more than Democrats.