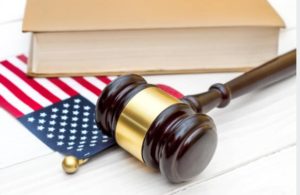 LAKE WORTH, Fla. — In just a week, some immigrant families will face new challenges as they try to become permanent residents or U.S. citizens.

Public assistance, like Section 8 housing vouchers or food stamps, could play a big role in new rules that are going into effect soon.

The changes involve the public charge rule, a vital part of the green light families need in getting a green card.

The rule is nothing new — it’s been on the books since the late 1800s . However, what is new to us what defines a public charge.

Back in 1882, when immigrants arrived in the U.S., they had to prove they had cash and enough money to get where they were going, once they landed.

In 1996, the government decided other factors should be included as part of a green card application – like a person’s finances, health, age, education – and whether a sponsor, such as a family member who is a citizen or already has a green card, could financially vouch for you.

Now, the rule will change again in 2019. Immigration officials will be able to deny a green card if they think some will “likely” end up needing public assistance, like welfare, food stamps or Medicaid.

The revised public charge rule is set to take effect on Oct. 15 .

“It’s taken us like a hurricane here in Florida,” said Gina Fraga, an immigration lawyer for Acosta & Fraga Immigration Law in Lake Worth

Immigration attorneys like Fraga are working hard to sort through changes involving the rule, which she says will put even more scrutiny on the 400,000 people who apply to become permanent U.S. residents each year.

“The officer is going to look at your age, your health, your financial status. So even if you have a co-sponsor, that’s not good enough anymore,’ she said.

According to the Immigrant Legal Resource Center , here are a few important points regarding the public charge rule:

* The new rule interprets a provision of the Immigration and Nationality Act (INA) pertaining to inadmissibility. The inadmissibility ground at issue says a person is inadmissible if they are likely to become a public charge. INA § 212(a)(4).