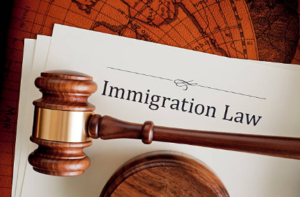 Walking into a new patient appointment, you encounter a mother with two children ages 8 and 14 years old. The mother and older sibling understand some Spanish, but primarily speak Mam, a Mayan dialect for which there are no medical interpreters at the moment. The younger sibling speaks English. Your medical assistant explains that the family moved to your town two months ago to afford better housing. The older sibling emigrated from Guatemala on her own four months ago and reunited with her mother after nine years. She is enrolling in school and needs a routine physical and vaccines, and she is not sleeping well. Mom has behavioral concerns regarding the younger sibling, and you also note a body mass index above the 95th percentile.

Children in immigrant families (CIF) represent a growing population across the country, with children and families seeking asylum at the highest numbers in recent history. While states like California, New York and Texas hold a significant number of immigrant families, other states are becoming home to many CIF at a rapid rate.

As health care providers increasingly encounter this diverse and dynamic patient population, they may experience scenarios like the one above but may not have a foundation from which to construct a clinical strategy.

Pediatricians need to establish a clinical approach that acknowledges the potential health effects of migration, particularly forced migration, as well as how the sociopolitical environment influences health outcomes for CIF.

A new AAP policy statement Providing Care for Children in Immigrant Families, from the Council on Community Pediatrics, updates and expands on concepts presented in the 2013 policy Providing Care for Immigrant, Migrant, and Border Children. Since then, the practice and evolution of immigrant health has gained traction with exploration of evidence-based clinical approaches; the interplay of social determinants of health and biopsychosocial development, particularly as it relates to the legal and political constructs of immigration status; and the importance of advocacy.