Clinton and Sanders promote security for themselves — but not ordinary Americans. 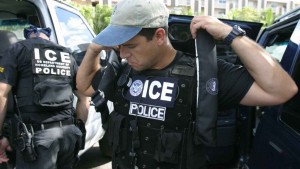 Time and again throughout their campaigns for the presidency, Hillary Clinton and Bernie Sanders have accused those who want our borders to be secured and our immigration laws enforced of being racists and xenophobes.

Recently, Hillary Clinton made a remark about the need to not build walls but build bridges.

Both candidates seek to reside in what is arguably the most fortified house in the United States: the White House. The White House has tall steel fences and gates and is protected by a phalanx of highly trained, highly skilled and heavily armed Secret Service agents.

On those extremely rare occasions when intruders have managed to breach the ring of security around the White House, news organizations promptly made those events the lead story for their newspapers and programs.

However, it is not very likely that either Bernie or Hillary would suggest removing any of the essential security assets employed by the Secret Service to provide protection and security for the occupants of the White House.

Our nation’s borders and immigration laws are similarly supposed to provide safety and security for America and Americans. Yet Sanders and Clinton mock calls to protect our nation.

Our immigration laws are completely and utterly blind as to race, religion and ethnicity and only make one distinction — the distinction between United States citizens and foreign nationals (aliens).

I began my thirty-year career with the former INS (Immigration and Naturalization Service) as an Immigration Inspector assigned to John F. Kennedy International Airport in New York. I remained in that position for about four years before I moved on to becoming an INS Special Agent.

Our immigration laws were the absolute guide that determined whether or not to admit an alien into the United States. We conducted the inspection to make certain that aliens did not belong to one or more classes of aliens who are statutorily excludible and that they will likely not violate the terms of their admission.