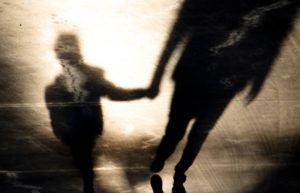 Americans generally take it for granted that the U.S. government cannot restrict freedom of speech. It cannot discriminate on the basis of ethnicity and religion, and it cannot detain people without due process. Though these rights are not absolute, there is at the very least a strong constitutional presumption against such measures. Much of this is thanks to the Bill of Rights and other constitutional protections, particularly the Fourteenth Amendment. But there is an area of public policy in which the government routinely gets away with oppression and discrimination that would be readily recognized as unconstitutional anywhere else: immigration law.

In Dred Scott v. Sandford, Chief Justice Roger Taney infamously wrote that black people “had no rights which the white man was bound to respect.” Many aspects of immigration policy are unfortunately based on a similar assumption: Immigrants have virtually no constitutional rights that the federal government is bound to respect.

Last year, in Trump v. Hawaii, the Supreme Court upheld President Donald Trump’s “travel ban” policy, which barred most entry into the United States from several Muslim-majority nations. The Court did so despite overwhelming evidence showing that the motivation behind the travel ban was religious discrimination targeting Muslims, as Trump himself repeatedly stated. The supposed security rationale for the travel ban was extraordinarily weak, bordering on outright fraudulent. In almost any other context, the courts would have ruled against a policy so transparently motivated by religious bigotry, and so lacking in any legitimate justification. It would have been considered an obvious violation of the First Amendment.

In other situations, the Supreme Court has a much lower bar for what qualifies as unconstitutional discrimination on the basis of religion. Indeed, in Masterpiece Cakeshop v. Colorado Civil Rights Commission, decided just a few weeks before the travel ban case, the Supreme Court overturned a decision from a state civil rights commission in a case regarding a baker who declined to prepare a cake for a same-sex wedding ceremony for religious reasons.

By Ilya Somin for THE ATLANTIC
Read Full Article HERE