Home Resources Why Immigration is Key to Saving Social Security 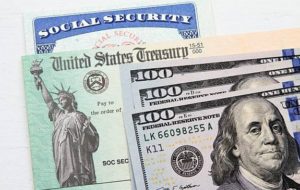 Today’s column is about Social Security and immigration — two topics that don’t seem to have much in common — but in my opinion they do.

And if I’m right, you might decide to reconsider your position on immigration.

First, I believe people should be stopped from illegally entering the US. Period. Exclamation point!

We have to fix lax controls at our borders. And foreigners who overstay temporary visas have to be rounded up and unceremoniously sent back to where they came from.

We have the obligation to protect ourselves from physical attacks and from people who merely want to take advantage of our country’s kindness.

Border wall? I don’t think it will keep out the determined illegal immigrants who are likely to make the most trouble. We need something — but something better. Something high-techy. A great big wall was state-of-the-art in 220 BC.

And we should give visas and green cards only to people whom we’d want as neighbors; who are likely to contribute to our society and America’s well-being no matter what country they are from. And if these legal immigrants want to stay and become citizens, that’s even better.

And those already here illegally who haven’t behaved should get kicked out.

Now the biggest and most contentious issue: What about illegal immigrants who have behaved? Let’s say someone who is here illegally has worked regularly, paid taxes, hasn’t gotten arrested, has raised a family and contributed to their community.

They are the folks who just got off work and are standing next to you watching the kids play baseball and soccer.

These people are still here illegally. And because of that, we can’t, and shouldn’t, completely ignore the fact that they entered this country without permission.

They broke the law — and a country can’t selectively enforce laws.

In this case, I propose that these illegal immigrants be allowed to stay in the US — but only if they obtain a sponsor who will not only vouch for their character but also come to their assistance if they get into trouble financially. If they lose a job, for instance, this sponsor will help pay their bills so the illegal immigrant won’t have to receive assistance from the state or federal government.