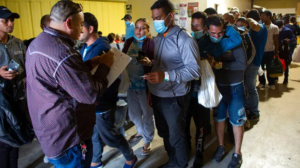 The union for immigration judges in the United States is expressing concern about the ousting of multiple Trump-era immigration judges from their positions — calling the removals “unprofessional” and in contradiction of the Biden administration’s stance on labor, while warning of negative effects on judge morale.

Fox News Digital reported last week that multiple judges appointed in the latter days of the Trump administration, and whose two-year probationary periods are now up, are being removed — with at least one judge saying it is because they are out of step with the administration’s immigration views.

Typically, the vast majority are moved to a non-probationary position. The DOJ did not say how many have recently been let go at the end of their probationary periods. A spokesperson for the DOJ’s Executive Office for Immigration Review told Fox News Digital last week that it does not comment on personnel matters.

But now, the National Association of Immigration Review, in a letter to the EOIR obtained by Fox, is requesting reviews of the actions related to three judges who were recently let go “to ensure that they were taken in full compliance with the law and that the probationary evaluation processes comports with fundamental fairness and sound labor relations.”

The union says that the letters served to the judges provide no explanation for the termination besides “performance and/or conduct,” leaving judges to speculate as to their reasons for removal. The letter was first reported by The Washington Times.

It is unclear how many immigration judges appointed at the back end of the Trump administration and whose probation ended this year were let go, but Fox is told that the number is at least five, other estimates have put that number higher.