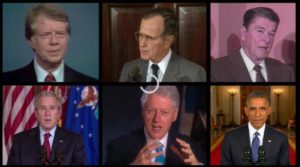 Washington (CNN)Lisa Dornell loved her job. For 24 years, she sat on the bench in Baltimore’s immigration court, hearing hundreds of cases of immigrants trying to stay in the United States.

“It was an honor. It was a privilege to be able to preside over so many different cases and be able to grant relief to people who needed relief,” Dornell told CNN in an interview.

But she walked away from that job in April — a decision that still invokes a wave of emotion when she recalls it. “The toxic environment made it both harder and easier to leave,” Dornell said.

Over the past year, in the heat of a border migration crisis, 45 judges have left, moved into new roles in the immigration court system — which is run by the Justice Department — or passed away, according to the department. That’s nearly double the number who departed their posts in fiscal years 2018 and 2017, when 24 and 21 judges left, respectively, according to data provided by the judges union.

The reasons why individual judges have moved on from their posts on the bench vary, but in interviews with judges who left in recent months, one theme ties them all together: frustration over a mounting number of policy changes that, they argue, chipped away at their authority.

Their departures come as the Justice Department faces a backlog that exceeds 1 million cases. The bogged-down system has led to immigration cases being pushed out years in the future, leaving many immigrants residing in the US unsure if they’ll be allowed to stay or be ordered removed.

President Donald Trump has repeatedly criticized the nation’s immigration system, specifically taking issue with the practice of releasing immigrants while they await their court dates. To remedy that, the administration has sought to hire more immigration judges. Most recently, the immigration judge corps hit a record high, though the Justice Department still has to contend with judges leaving over policy disagreements.

In a statement to CNN, the Justice Department’s Executive Office for Immigration Review spokeswoman, Kathryn Mattingly, said the agency “continually plans for attrition, and both improvements to the hiring process and a policy of ‘no dark courtrooms’ help minimize the operational impact of (immigration judge) separations and retirements.”