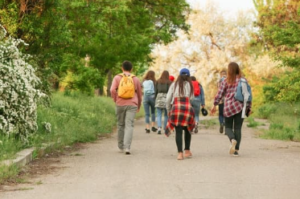 Ask the millions of migrants who have either entered the United States or are lined up at the border what motivated their journeys, and all will answer that they’re in pursuit of the proverbial better life.

Translated, a better life means they’re longing to become consumers — consumers of housing, hard goods like cars and natural resources such as water, electricity and natural gas. The migrants’ goal is great news for big businesses that never met a consumer they don’t love, but bad news for environmentalists who hope to preserve a vanishing America.

As conservationists look ahead, the future they see is unsettling.

With Title 42 set to expire, Republican Rep. Tony Gonzales, whose district includes 42% of the Texas-Mexico border, predicts a “hurricane” of illegal immigration. Everyone in his district, Gonzales said, is in “batten down the hatches” mode as they await a historic and unmanageable increase in migration — more eventual consumers.

Border patrol agents advised Uvalde residents to expect about 150 daily migrant drop-offs indefinitely, evidence which, Gonzales said, proves that the Biden administration has no meaningful plan to cope with the ongoing invasion. Because of the COVID-19 pandemic, Title 42 has been enforced since March 2020 to expel migrants at the southern border. But, in November, in his 49-page opinion, U.S. District Court Judge Emmet Sullivan, President Bill Clinton’s appointee, ruled that Title 42 is “arbitrary and capricious,” and violated federal regulatory law.

For FY 2022, an estimated 5.5 million aliens, a total that includes the 4.4 million that U.S. Customs and Border Protection reported, and 1.1 million gotaways, are in the U.S. interior. Princeton Policy Advisors’ analyst Steven Kopits, who correctly predicted the FY 2022 crisis, wrote that “… based on the last two months (October and November), 2023 should set yet another record for illegal border crossing — and by a substantial margin over 2022.” March, April and May 2023 will be, Koptis concluded, especially high as part of the illegal immigrant siege.