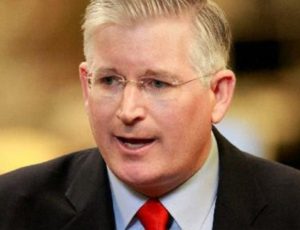 The Democratic county clerk, who believes the law is illegal, would not discuss details of his plan, except that, at a minimum, he personally will have to approve any application made by migrants under terms of the new law.

That could pose a delay for migrants. At the same time, it could make Kearns a legal target for immigration rights groups that are developing potential litigation against county clerks who seek to place roadblocks to migrants seeking licenses.

Kearns, who brought a failed lawsuit to try to block the new “Green Light” law and vowed in June not to issue licenses to such migrants, bristled when a reporter said he appears ready to implement the law when it takes effect in several days.

“I didn’t say that,” Kearns said Tuesday a day before his meetings with county lawyers. “I’m not making any comment on what I’m going to do.” He said his office is still studying the issue but that the chief problem remains how to authenticate foreign-issued documents that migrants will be able to use as identification to obtain a license.

Kearns added that the state should delay the initiative because it has failed to fully train DMV front-line workers on how to authenticate foreign-issued documents that now can be used as identification by migrants to obtain licenses.

Such talk is why immigration and legal groups are holding meetings at a feverish pace in recent days to discuss legal strategies against any county clerk that might not enforce the law to its full letter and spirit. Kearns is among those in their main sights.