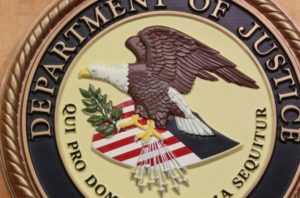 Though the federal government promised to review a public data release of immigration court cases after researchers pointed to missing records relating to asylum, the issue has only gotten worse.

The Transactional Records Access Clearinghouse, or TRAC, has for years frequently published reports analyzing immigration court data that many media outlets rely on for information from the latest count of pending court cases to asylum grant rates. On a monthly basis, through public records requests, it receives data tables exported from a software program that immigration court officials use to store case information.

The organization told James McHenry, the director of the Executive Office for Immigration Review, the agency within the Department of Justice responsible for immigration courts, that records were missing from a September data release that had been present in an August release.

An agency representative told in response TRAC that one of its offices would review future data releases, according to TRAC.

When TRAC received data a few weeks ago that had been updated through November, however, the organization found even more inconsistencies with what it has received previously.

“The increased disappearance of immigration court records amplifies previous concerns about the agency’s commitment to providing the public with accurate and reliable data about the immigration court’s operations,” TRAC said in a statement in mid-December.

EOIR did not respond to a request for comment in time for publication.

The Trump administration has frequently used immigration court statistics published by the agency as justifications for its policies that seek to limit the ability to seek asylum at the southwest border.

TRAC called for EOIR to make public the findings of the data review done by the Office of Information Technology and for the agency to commit to publishing accurate data in a new letter sent to McHenry.

At the end of October, TRAC began raising alarm with the public about what it called “gross irregularities” in immigration court data releases, including more than 1,500 missing records of applications for ways to stay in the U.S. that had been in the August data release. The organization said it had tried working with EOIR to fix the issue with no success.