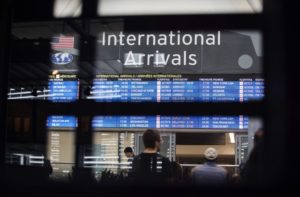 An influx of immigrants and non-permanent residents boosted Canada’s population by 0.6% in the third quarter, the biggest increase in records dating back almost five decades.

The country’s population grew by 208,234 in the July to September period, with some 83% of that increase due to international migration, according to estimates from Statistics Canada released Thursday in Ottawa. Growth of this magnitude from international migration “had never been seen before in a single quarter,” the agency said.

Immigration has become one of the main drivers supporting Canada’s economic expansion over the past several years, driving robust gains in the housing and labor markets. The inflows have countered some of the effects of an otherwise aging demographic.

New immigrants totaled 103,751 in the quarter, while the number of non-permanent residents rose by 82,438.