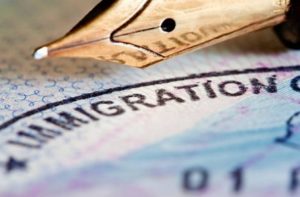 Certain funding sources for school resource officers and drug enforcement is on hold while the Department of Justice sorts out legal disputes over tying the funding to immigration law compliance.

Vermont’s top officials haven’t seen eye-to-eye with the Trump administration over immigration. In March 2017, Gov. Phil Scott signed into law S. 79, making the governor the only person in the state who can authorize agreements with federal authorities letting them tap local, county or state law enforcement personnel to help enforce federal immigration law. This was done in response to executive orders President Donald Trump signed in January of that year.

“The way Senator (Patrick) Leahy sees it, the Trump administration is again proving that it believes it can write its own laws to pursue its misguided agenda,” said David Carle, a spokesman for Leahy. “Many of its attempts to block the flow of federal funds to law enforcement agencies around the country, based on erroneous claims about immigration enforcement, have already been blocked by the courts. Where the Trump administration has been successful, it has denied critical public safety dollars to state and local police departments and undermined public protection.”

Among those left waiting are the Greater Rutland County Supervisory Union, which wants to hire two new school resource officers, and the State Police, which is eying $2.2 million in funds related to drug enforcement.

Silverman said Vermont was awarded the Anti-Heroin Task Force grant for the 2017 federal fiscal year, an amount of $1,326,496.

“…however, DOJ is withholding this grant while DOJ conducts a review of Vermont’s compliance with 8 U.S.C. § 1373,” said Silverman, adding that the Vermont Department of Public Safety has affirmed that Vermont is in full compliance with the law and that it, “… continues to work with DOJ to address their questions.”