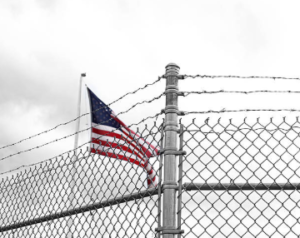 US detention centers that hold migrant parents and children have been nearly empty for months, despite Donald Trump’s administration repeatedly warning that the US-Mexico border is at a “breaking point” because of the surge in Central American families fleeing poverty and violence.

There were nearly 2,000 empty beds in two detention centers last week, with a facility in Dilley, Texas, at 26% capacity and a facility in Berks county, Pennsylvania, at 19% capacity. On 1 April, the third family shelter was temporarily changed into a facility for adult women only.

This, combined with reports of aid agencies at the border overwhelmed by the food, shelter and medicine needs of migrants, has advocates warning that the government could be manufacturing a crisis to justify its hardline immigration policies.

“I think that the people making policy decisions don’t want [the system] to work … they want to create chaos,” said Michelle Brané, director of the migrant rights and justice program at the Women’s Refugee Commission.

She said the crowds at the border were due to a collision of the crisis in Central America – which has been brewing for years – and the Trump administration’s own restrictive immigration policies.

“You could go through all of the policies since they’ve come in and they’ve all been about undermining or destroying the system we have in place for processing and screening people, so here we are,” said Brané.

These policies include metering how many people are allowed to request asylum at legal ports of entry each day – which has created backlogs of thousands of people in the largest border towns. These long waits have also driven people to cross the US border with Mexico outside of ports of entry, hoping to encounter an agent who must consider their asylum request.

Peter Schey, executive director of the Center for Human Rights and Constitutional Law, told the AP that the empty detention centers were also part of a government narrative that it must conduct “catch and release” because Congress won’t change laws to extend limits on family detention and to make it easier for the government to deport asylum seekers.