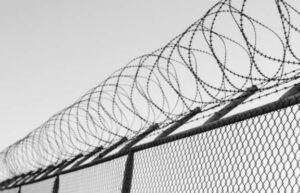 DALLAS — The Pakistani immigrant was desperate. COVID-19 was spreading through the Prairieland compound, an isolated immigrant detention center about an hour southwest of Dallas.

The diabetic man’s time in the facility became too much. He made a tough decision: Rather than suffer longer in detention as his attorney fought his case, he boarded a flight for Pakistan.

“Whether he was in the U.S. or Pakistan, he just wanted to be out of Prairieland,” said attorney Vinesh Patel. “He was scared everyday of being in the facility.”

Whether accepting deportation as was the Pakistani’s case, or as is more common, because of a judge’s deportation order, there are far fewer immigrants in ICE detention centers. Coronavirus is driving the decline. Far fewer people are also being sent to centers from the border, and that has detention facilities running below capacity.

The average U.S. immigrant detainee population last year was 50,000, but has since plunged to about 19,800, according to the U.S. Immigration and Customs Enforcement, or ICE.

Prairieland, which can hold more than 700 detainees, is now less than half-full at about 310 people, according to court documents. There have been 93 confirmed cases of COVID-19 there. Across the nation’s far-flung system of immigration detention centers, there have been about 6,300 cases, according to the federal government.

The steep decline raises questions over how necessary prisonlike detention is for immigrants who go through a civil law system to determine their fate. The plunge comes as many, from Dallas, to Los Angeles, to Chicago and New York, call for reforms of the U.S. justice system, including how the government locks up immigrants. Why were so many people locked up in the first place?

“Detention in the vast majority of cases is not needed,” said Fatma Marouf, a law professor at the Texas A&M University School of Law in Fort Worth.