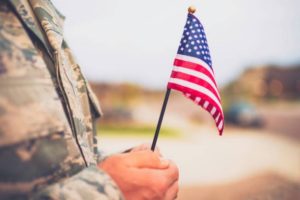 She’d been bracing for the bad news. It landed last month.

U.S. Army Specialist Yea Ji Sea, a medic at the Brooke Army Medical Center at Fort Sam Houston in Texas, was called into her commander’s office. The senior officer explained to the 29-year-old that her time in uniform was over. He said he was sorry, Sea would later recall. He promised she still had the military’s support. But for now, Sea was being honorably discharged due to her immigration status.

Born in South Korea, Sea had come to the United States in 1998 when she was 9 on a visitor’s visa. At 26 she joined the Army, hoping to tap a program allowing active duty service members to earn their American citizenship. But Sea’s naturalization application had been stymied throughout her decorated four and a half years as a soldier. Now she was out.

Absorbing the news, Sea was initially optimistic her chosen career in the service would not be cut short. Since her first hours of basic training, the Army had drilled into Sea ideas about service and duty, placing the Army and country first. As she explained to The Washington Post this week, Sea figured the loyalty ran both ways — the Army would fix this.

“I wasn’t so worried,” she explained. “I thought I really had their support when they said that. I thought it was going to be somehow okay, that they wouldn’t kick me out because it’s just not right, and it’s legally wrong. I believed them because I was stupid.”

That optimism has now drained away.

Following the news of her discharge, the American Civil Liberties Union filed a lawsuit in July on the specialist’s behalf against the Department of Homeland Security (DHS) and the U.S. Citizenship and Immigration Services (USCIS). The federal complaint argues that U.S. officials have improperly failed to process her rightful naturalization application. The complaint asks a judge to force the government to rule on her application within 20 days.