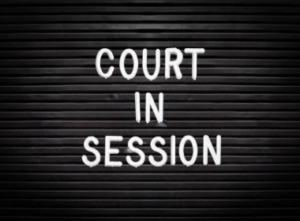 THE BACKLOG OF ACTIVE immigration court cases has surpassed the 1 million mark and has nearly doubled since President Donald Trump took office, a new analysis shows.

The Transactional Records Access Clearinghouse, a data gathering and research organization housed at Syracuse University, concluded that 1,007,155 immigration court cases were active through the end of last month. The backlog swells to 1.3 million cases when including cases that the court says are pending but have not been added to the active caseload rolls.

The backlog includes all kinds of immigration cases, and its enormity means immigrants often have to wait months or years for any resolution to their cases. The average case takes about 580 days to complete, according to an analysis from The New York Times.

Most are civil immigration cases, while a small fraction are criminal or related to national security. The backlog started increasing noticeably in 2009 and has jumped drastically since the end of fiscal 2016, when the figure stood at 516,000 cases.

Migrants, many of whom are asylum-seekers, have appeared at the southern border this year in numbers not seen in over a decade, stressing the already-backed up system.

Immigration advocates and lawmakers have lamented that the court system, which includes fewer than 450 immigration judges, is woefully understaffed and underequipped to process the number of cases it is facing. The Justice Department, under which the immigration court system operates, is hiring new judges at a rapid clip, though the backlog continues to grow.

Critics of the Trump administration’s aggressive immigration enforcement policies also say the tactics are increasing the backlog, as more immigrants, some of whom are not able to quickly be deported, are arrested.

Officials in the Trump administration and those aligned with it say the backlog and the ensuing wait time on certain immigration cases is a draw for immigrants seeking to be released into the interior of the U.S. to wait for a court date. The administration earlier this year implemented a policy returning some migrants to Mexico as they await hearings. Some 45,000 migrants have so far been returned to Mexico under the policy, officials say.

By Claire Hansen for US NEWS
Read Full Article HERE