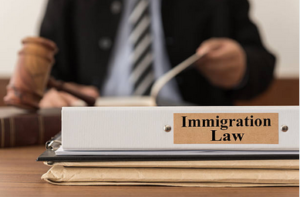 WASHINGTON – More than 684,000 cases are waiting to be heard in immigration courts across the country – 10,422 of them in Arizona – a number that is only expected to grow after the Trump administration cuts an immigrant legal assistance program this month.

In addition to its plan to cut the Legal Orientation Program, the Justice Department is also considering a quota system for immigration courts. That plan will only make the problems worse, judges and policy experts told the Senate Judiciary Committee on Wednesday.

Sen. John Cornyn, R-Texas, called the case backlog “unacceptable” but said there’s blame to go around. Congress has not adequately funded the courts, he said, while advocates have been unable to reach consensus between those who want to fix the system and those who want a complete overhaul.

“Unfortunately, Congress has never provided the full extent of support staff and immigration judges that are truly needed to eliminate backlog,” Cornyn said.

Unlike most federal courts, immigration courts are part of the executive branch and under the control of the Justice Department and the attorney general, who has broad authority over how the courts are run.

Early this month, Attorney General Jeff Sessions proposed a quota system that would tie an immigration judges’ performance review to the number of cases handled, in an effort to cut into the growing backlog of cases.

But Ruben Reyes, a Phoenix-based immigration attorney, said that plan is likely to backfire.

Reyes said quotas could potentially stall efforts to clear the backlog by “only further generating appeals, as judges worry more on clearing the amount of cases they have rather than making sure they are properly handled.”