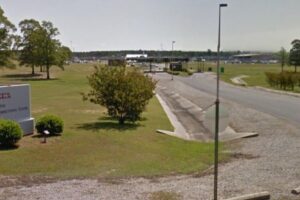 BATON ROUGE, La. – Detention facilities in Louisiana that lost population and funding under Gov. John Bel Edwards criminal justice reform measures have benefited contracts to house asylum seekers. In some cases, facilities did not meet the federal goverment’s criteria to establish a need for the facility. And in many cases, the entities managing the facilities are paid as much as three times what the state previously paid per inmate.

The immigration detention system has become a multi-billion dollar a year enterprise, according to government contracts. And Immigration Customs and Enforcement has increasingly denied asylum seekers parole and prolonged their average detention time in some Louisiana ICE facilities, according to immigration lawyers, activists and published reports.

In 2012, data from the Pew Charitable Trust showed the overall inmate population in Louisiana reached almost 40,000. That began to change in 2017 when Gov. John Bel Edwards signed bipartisan legislation aimed at reducing the prison population.

During the first full year that the criminal justice overhaul was in place, Louisiana’s prison population dropped by 1,342, according to prison system data. By 2020, it dropped to 27,000 inmates across the state.

But the detention facilities have remained a robust business for private service providers in Louisiana, state and federal data shows, as they transitioned to detention centers for immigrants coming from the U.S./Mexico border seeking asylum.

Between 2017 and May of 2020, ICE entered into 40 new contracts with local bodies and private contractors for new detention space, according to a Government Accountability Office report published in January 2021.

The report doesn’t specify how many of the facilities were in Louisiana. But a report by the Associated Press in 2019 showed that eight Louisiana jails began housing asylum seekers and other migrants in 2018. The facilities were managed under new agreements signed by ICE with local jails and contractors or subcontractors such as GEO Group, CoreCivic, and LaSalle Corrections.

By Davide Mamone for THE ADVOCATE
Read Full Article HERE