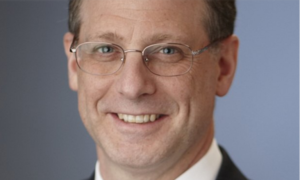 In 2010, the U.S. Supreme Court held that competent criminal defense lawyers must advise their clients of the immigration consequences of pleading guilty, and that a lawyer who fails to explain the risk of deportation associated with a proposed guilty plea has not provided “reasonable professional assistance” to his or her client. Padilla v. Kentucky, 559 U.S. 356 (2010). Almost two years later, in Kawashima v. Holder, 565 U.S. 478 (2012), the Supreme Court held that because the offenses of willfully making and subscribing to a false tax return, in violation of 26 U.S.C. §7206(1), and of aiding and assisting in the preparation of a false tax return, in violation of 26 U.S.C. §7206(2), implicate fraud and deceit, they qualify as aggravated felonies under 8 U.S.C. §1101(a)(43)(M)(i) so long as the offense involved at least $10,000 in tax loss. Id. at 485-86; see Jeremy H. Temkin, Supreme Court Clarifies Collateral Consequences of Tax Convictions, NYLJ (March 8, 2012).

Thus, while 8 U.S.C. §1101(a)(43)(M)(ii) defines tax evasion in violation of 26 U.S.C. §7201 as an aggravated felony where the evaded taxes exceed $10,000 (see Evangelista v. Ashcroft, 359 F.3d 145 (2d Cir. 2004); see also Serafino v. Attorney General of U.S., 186 Fed. Appx. 302 (3d Cir. 2006) (holding that alien’s conviction for tax evasion in violation of 26 U.S.C. §7201 constitutes a crime of moral turpitude rendering him ineligible for deportation relief)), Kawashima marked an expansion of criminal tax charges as a basis for adverse immigration consequences.
Since Kawashima, the circuit courts have applied the Supreme Court’s reasoning not just to defendants convicted of making false statements on tax returns, but also to other white-collar offenders. Indeed, just last month, the U.S. Court of Appeals for the Fifth Circuit affirmed a decision of the Board of Immigration Appeals finding that a lawful permanent resident was eligible for deportation by virtue of his conviction on one count of conspiracy and six counts of aiding and assisting in the preparation of false tax returns. Muyaba v. Barr, 792 Fed. Appx. 357 (2020).