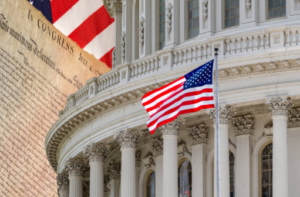 Two Bills — Galston, of the Brookings Institution; and Kristol, of The Weekly Standard — have teamed up to create the New Center, a think tank in the mold of the Bipartisan Policy Center or No Labels. (Indeed, it began as an offshoot of the latter.) And the center’s debut report suggests yet another bill: It’s a proposal for comprehensive immigration reform, and a good opportunity to review the state of play on this issue.

Bluntly put, unless some last-minute murmurs from the Trump administration come to fruition, immigration skeptics just missed a key window during which Republicans controlled the House, the Senate, and the White House. Once the new Congress arrives in January, any plan will have to win a majority in a Democratic House, beyond the current obstacle of hitting 60 votes in the Senate to avoid a filibuster. Assuming the president doesn’t soften his tone, making a more left-leaning deal possible, we’re not going to see much action until at least 2021. Not to mention that big-picture immigration “compromises” have failed repeatedly in recent years, whatever the balance of power in D.C.

And that brings us to the substance of the new report: Is there anything here that breaks the logjam, whether under Trump or the next president? Like many similar proposals, it puts forth a defensible and often laudable arrangement — but also highlights the inherent difficulty here.

Let’s start with a high point. The changes to the legal-immigration system are beautiful, matching almost precisely suggestions I’ve made myself in the past. In line with public opinion, the overall level of legal immigration is left alone. But whereas the current system lets in 68 percent of our immigrants on the basis of family ties, the plan would move toward a merit-based system that takes factors such as education, work experience, job offers, and English skills into account.