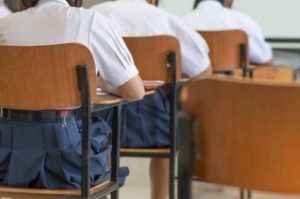 Before the coronavirus outbreak, foreign students at the LISMA Language Center in Midtown were already up against a ticking clock.

Last month, the language school lost its federal certification to issue documents that allow visa-holding students to remain in the country legally while taking classes there.

The Student and Exchange Visitor Program (SEVP), run through the U.S. Immigration and Customs Enforcement agency, gave the West 32nd Street school and other branches in Queens and Long Island until April 14 to allow students to transfer to another SEVP-certified school, change visas or leave the U.S.

Now, teachers say they’ve been fired. Multiple staff members and former pupils told THE CITY that what they called misleading information and intimidation from leaders at the school have stalled many students’ attempts to find new places to learn. Students say their immigration statuses have been jeopardized just as the COVID-19 crisis is locking down New York.

One student who asked to be identified only as Neth said she has been trying for weeks to get her paperwork properly transferred from LISMA, only to have the school eliminate her from a federal system that tracks student visa-holders studying in the U.S.

‘Find it in Your Heart’

Neth called and visited the school in an effort to reverse the move — which puts her “out of status” without the legal right to be in the U.S. — but said she has been stonewalled.

“You’re not giving us a good answer, and I keep begging — I said, ‘Please, find it in your heart,’” she said, recalling what she told LISMA staff earlier this month. “Give us an answer because coronavirus is around the corner. Anytime, you will be shut down.”

As of Friday, the Midtown school has closed and all teachers have been let go, according to emails obtained by THE CITY from the school’s administration. For remaining students, all instruction will be conducted online, the emails say.

ICE said on March 18 it would postpone most immgration enforcement actions due to the spread of the virus. But the agency offered few details or a timeline.