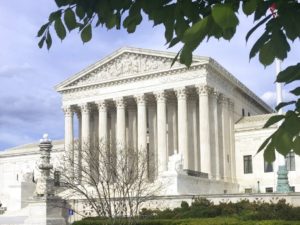 LOS ANGELES — Immigration courts from Boston to Los Angeles have been experiencing fallout from a recent U.S. Supreme Court decision that has caused some deportation orders to be tossed and cases thrown out, bringing more chaos to a system that was already besieged by ballooning dockets and lengthy backlogs.

The little-known ruling addressed what might seem like a narrow procedural issue over how to properly provide notices to immigrants to appear in court for deportation proceedings. But it is having broader implications in immigration courts that are in charge of deciding whether hundreds of thousands of people should be allowed to stay in the United States.

Since the decision was issued in June, immigration attorneys have been asking judges to throw out their clients’ cases. Some immigration judges have refused to issue deportation orders for immigrants. And in a recent case in Washington state, a Mexican farmworker had an indictment for illegally re-entering the country tossed out.

It isn’t clear how many people’s immigration cases could be affected. Some immigration judges have denied attorneys’ requests, but others in states including Tennessee, New Jersey and California have granted them.

“The potential consequences of the decision are massive,” said Jeremy McKinney, an immigration attorney in Greensboro, North Carolina.

The Supreme Court’s 8-1 decision focused on the case of a Brazilian handyman seeking to apply for a special green card given to immigrants who have been in the country at least 10 years, have good moral character and whose American relatives would suffer if they were deported.

Wescley Pereira came to the United States on a tourist visa from Brazil in 2000 and settled in Martha’s Vineyard, Massachusetts, where he has two American-born children. In 2006, Pereira was arrested for operating a vehicle under the influence and given a notice to appear in immigration court, but it didn’t include specifics about his hearing. More than a year later, a mailer with that information was sent to him but got returned as undeliverable, and an immigration judge ordered him deported when he didn’t show up.