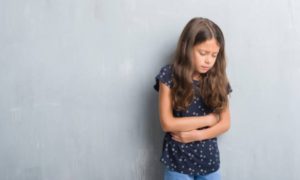 (CNN) – US Citizenship and Immigration Services on Wednesday refused to answer a series of questions from lawmakers over its decision to no longer consider non-military requests for deferred action — temporary relief from deportation — citing ongoing litigation.

The repeated denials to provide answers drew criticism from Democratic lawmakers, who have expressed outrage over the policy change.

“That is my testimony, sir, yes,” said Daniel Renaud, associate director at USCIS’ Field Operations Directorate. Renaud noted during the hearing that his responses were based on the advice of counsel.

Last month, USCIS sent letters to family members who had requested relief from deportation, saying the agency’s field offices “no longer consider requests for deferred action,” except for certain military exceptions. The agency said it would defer to Immigration and Customs Enforcement to determine if nonmilitary issues “warrant deferred action,” according to a spokesperson. ICE has discretion to determine who will and won’t be arrested or deported.

The move by USCIS sparked an immediate backlash, as undocumented families and lawyers scrambled to obtain answers on the abrupt change in policy. It also prompted a lawsuit from civil rights groups.

When repeatedly pressed over why the policy change happened to begin with, Renaud declined to answer, citing advice from counsel. “I don’t know what else to say,” he said in an exchange with New York Democratic Rep. Alexandria Ocasio-Cortez. “I can only say you’re arguing with the wrong person.”

Earlier in the hearing, lawmakers heard moving testimony from witnesses who, due to their medical conditions, were granted relief from deportation and have been left in limbo following a policy change revoking that relief.
Maria Isabel Bueso, 24, and Jonathan Sanchez, 16, described receiving the letter from USCIS.

“I was so scared. It was the first time we received this kind of letter,” Bueso said. “I’m still overwhelmed with different emotions.” Bueso, who has a rare genetic disease, came to the United States from Guatemala at 7 years old to participate in a clinical trial.

“I don’t want to die,” said Sanchez, who came to the US seeking treatment for cystic fibrosis. Sanchez warned that his home country of Honduras is not prepared to treat his disease.