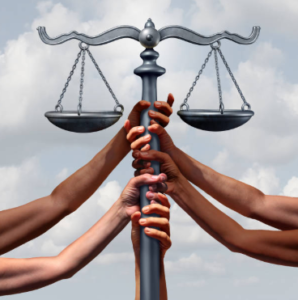 An immigration advocate lost a bid to move his upcoming trial on tax charges out of Phoenix because of publicity about the case and his long record in speaking up for immigrants.

PHOENIX (AP) — A judge has rejected a bid by an immigration advocate to move his upcoming trial on federal tax charges outside of Phoenix because of publicity about the case and his long record of speaking up for people in the country illegally.

U.S. District Judge Diane Humetewa said Thursday that the attorney for Elias Bermudez didn’t prove there was presumed prejudice against her client, concluding the small number of stories about the case and the sporadic articles in the past about his advocacy on behalf of immigrants didn’t amount to saturation news coverage.

Bermudez led protests more than a decade ago against Arizona’s immigration laws and then-Sheriff Joe Arpaio’s crackdowns on immigrants. He is known for kneeling down in front of Arpaio at a 2006 demonstration to ask the lawman to stop arresting immigrants, a request the sheriff denied.

Bermudez, who owned a business that helped immigrants prepare immigration and tax documents, is accused of preparing income tax documents from 2010 through 2012 that falsely added dependents to his clients’ returns to maximize refundable credits.

Federal authorities say his clients, at the direction of Bermudez, listed people who lived in Mexico as dependents. They say they recorded Bermudez, while meeting with a confidential informant and two undercover agents, telling agents they should include false dependents on their returns to reduce their tax liability.

Bermudez, who has pleaded not guilty to the charges, is scheduled for trial on Sept. 5.

Attorney Kristina Sitton Matthews, who represents Bermudez, suggested that the court draw its pool of prospective jurors from the Prescott area, where she said people might not be as knowledgeable about her client.

Matthews argued Bermudez can’t receive a fair trial because he is a controversial figure whose advocacy efforts and criminal case have been exhaustively covered by reporters.

Prosecutor Andrew Stone said the six news stories about the case that were cited by Matthews don’t rise to the level of being a barrage of publicity.

Humetewa said the coverage of the case doesn’t appear to be biased, noting that some of the coverage reported that Bermudez maintained his innocence on the charges.

By ASSOCIATED PRESS for US NEWS
Read Full Article HERE