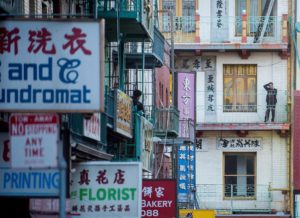 It’s not surprising that California has emerged as Donald Trump’s nemesis on immigration. The Golden State, which has some of the most protective laws for immigrants in the US, also has the highest share of foreign-born residents of any state. But there are also powerful economic reasons for California to advocate for immigrants.

Immigrants own roughly a third of private businesses in California, according to a working paper published by the National Bureau of Economic Research on Monday. Compared to the rest of the country, the state has the greatest percentage of immigrant business owners; South Dakota, where immigrants own 3% of firms, comes in last. (For the full table, scroll to the bottom of the post.)

The study shows how lopsided immigrants’ contributions are across the US—and sheds some light on why states align the way they do on the immigration debate. The paper, written by Sari Pekkala Kerr and William Kerr, analyzed 2007 and 2012 data from a national business owner survey. They used it to build a profile of immigrant-owned private firms with employees: They are generally smaller, and hire fewer people. Crucially, they are also more likely to survive than their native-owned counterparts.

States with large shares of immigrant residents also have large shares of immigrant business owners. But immigrants play an outsized role in business—and particularly in starting new companies. Below is the list of the top 10 states with the biggest share of new firms started by immigrants in 2012 (those that were 5-years-old or less.) In every one of those states, immigrants accounted for a significantly bigger proportion of new businesses than they did of the overall population in 2010.

The states with the smallest shares of immigrant entrepreneurs were, as expected, those with relatively few immigrants. In most of those places, too, immigrants started more new firms than the size of their population would seem to warrant.