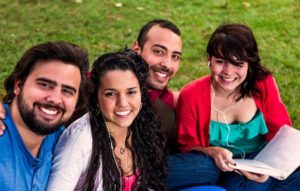 A study of dozens of episodes from the 2017–18 season reveals that non-native characters are often linked to crime and low education levels.

In April, a Season 4 episode of Jane the Virgin sees Alba—the titular character’s grandmother—applying for her U.S. citizenship. It’s a story line that’s been seasons in the making, as viewers watched Alba evolve from undocumented immigrant to green-card holder to naturalized American. When Alba passes her test with a perfect score, stars from her new country’s flag float around her head as she celebrates with her family. A portrait of Donald Trump also transforms into one of his predecessor, offering a smile and a wink to Alba. It’s a subtle critique of the current president and his anti-immigration policies that reminds viewers of how citizenship isn’t always attainable for others. But this scene—and this arc—is just one of many stories in the show featuring Alba. Her character is not confined to her citizenship status, making her a rare example of an immigrant on TV who is depicted with nuance and care.

A new study, conducted by USC Annenberg’s Norman Lear Center and the journalist Jose Antonio Vargas’s nonprofit, Define American, analyzed 143 episodes from 47 TV shows that aired in 2017 and 2018. Included in the sample were episodes with immigrant story lines or characters, such as those in The Good Place, Grey’s Anatomy, Orange Is the New Black, The Fosters, Silicon Valley, Roseanne, and Jane the Virgin.