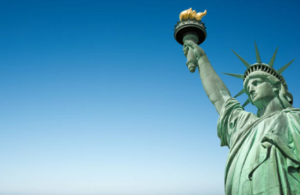 Immigrants in the U.S. are twice as likely to start businesses as their native counterparts for a myriad of reasons, generating at least $1 trillion in annual sales revenue, per the New American Economy (NAE).

Driving the news: President Trump recently issued an immigration rule that targets legal immigrants “who are likely to use public benefit programs” — positioning them as a burden on taxpayers. However, studies show that immigrant-owned small businesses in the U.S. generate billions of dollars in tax revenue each year.

The big picture: No matter where they relocate, immigrants frequently have more capital to start new enterprises than native-born citizens due to personal savings and family loans, the National Bureau of Economic Research has found.

Why immigrants are more likely to start small businesses:

Other studies theorize that discrimination in the labor market pushes immigrants to start their own ventures, per the Harvard Business Review.

“Outsiders face a tough struggle fitting into a new culture. They must figure out how to deal with, and overcome, frustration, loneliness and a steep learning curve.

And that’s why immigrants make such great entrepreneurs—they’re once again outsiders facing many of the same kinds of obstacles. Been there, done that.”

1 out of every 5 entrepreneurs in the U.S. is an immigrant. Approximately 3.2 million immigrants run their own businesses, says NAE, a group that supports immigration.

These businesses generate $1.3 trillion in total sales and $405.5 billion in tax revenue annually.

Almost 8 million Americans are employed at immigrant-run businesses, according to NAE.

Nearly half of all immigrant-owned startups are in accommodation and food service, retail trade, professional and technical services, says the National Bureau of Economic Research.

In 2012, immigrants started 40% of new businesses in California, New Jersey and New York. These states have some of the largest immigrant populations in the country, the National Bureau of Economic Research found.