Home Resources Immigrant Family Separations are Over. Now What? 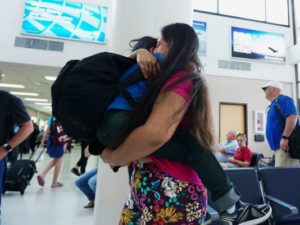 Politicians from both parties agree that President Donald Trump’s “zero tolerance” policy that separated thousands of families along the southern border was a failure. Now legislators are grappling with a far more difficult question: what comes next?

Trump formally ended the practice of separating parents from their children when he signed an executive order in June. A federal judge in California is overseeing the reunification of those families under tight deadlines. And lawmakers on both sides agreed on Tuesday that the U.S. should never return to a policy of forcibly separating children from their parents.

Members of both parties even accepted part of the blame for not updating U.S. immigration laws to deal with the ever-growing flow of families entering the country and claiming asylum.

“Although the administration mishandled the family separations, it’s also important to remember that this institution, the Congress, also deserves its fair share of blame,” said Sen. Chuck Grassley, R-Iowa, chairman of the Senate Judiciary Committee in opening a hearing to review the family separation policy.

But Tuesday’s hearing showed that the two sides remained miles apart on how exactly those families should be kept together.

Finding a compromise, especially in an election year, will be difficult. But Benjamin Johnson, executive director of the American Immigration Lawyers Association, said the problem has become so acute, and the collective disgust so widespread, that Congress needs to put aside its long history of inaction and get to work.

“The odds are obviously very low that Congress is going to find a path forward on any controversial issues, particularly on immigration,” Johnson said. “But the moral outrage around family separations coming from almost every corner of the American population I think is a compelling force to remind them to do their jobs.”