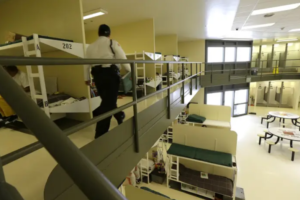 The American Civil Liberties Union asked a federal court on Monday to force officials to release a group of immigrants who have a lung disease, heart disease, diabetes, epilepsy, or kidney disease to protect them from a potential spread of COVID-19, the disease caused by the novel coronavirus, in a Seattle-area detention facility.

The filing in the US District Court for the Western District of Washington identified nine immigrants in custody at the Northwest Detention Center in Tacoma, including a 48-year-old Jamaican woman with cholangitis, a progressive liver disease, who has been told she has only 10 to 12 years to live. The advocates said the woman was “critically vulnerable to COVID-19 because of her autoimmune disease and diabetes.”

Though the virus originated in China, it has become a pandemic. The virus has been spreading within US communities for weeks. This has led to cancellations of large conferences, concerts, and other events; widespread closures of schools; and quarantines of entire communities. States and cities across the country have ordered restaurants and bars to close immediately. The state of Washington has been the epicenter of a growing number of cases of the coronavirus, including more than 40 deaths.

The Northwest Detention Facility is operated by Geo Group, a private prison contractor that houses ICE detainees in jails across the country.

“ICE has the responsibility to protect the safety of all who are in immigration detention. As a first step, it should immediately release our clients who have already been identified by the federal government as being most at risk because of this epidemic,” said Matt Adams, legal director for the Northwest Immigrant Rights Project, which joined the ACLU in the lawsuit. “If it waits to react to worst-case scenarios once they take hold, it will already be too late.”

The groups are calling for the inmates to be released immediately. They cite two public health experts who’ve recommended releasing those who are at risk, including the elderly and those with underlying medical conditions, as a “critically important way to meaningfully mitigate that risk.”