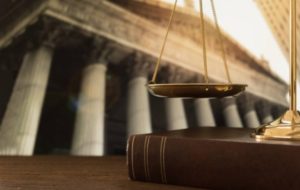 A federal appeals court decided unanimously Monday that minor immigrants who are in the country without legal authorization are not entitled to government-paid lawyers in hearings that could lead to their deportation.

A three-judge panel of the U.S. 9th Circuit Court of Appeals upheld an immigration judge’s decision to deny asylum to a minor identified as C.J.L.G., who left Honduras at age 13 after being threatened by gangs.

The boy did not have a lawyer, and his mother was unable to find free legal help.

The 9th Circuit said federal law did not guarantee paid lawyers for children in immigration court and that the teenage boy failed to show that he needed a lawyer to safeguard his rights.

The decision was a blow to immigration rights activists, who have been trying to for years to get appointed counsel for youngsters facing deportation.

“It is a brutal decision,” said Ahilan Arulanantham, legal director of the ACLU of Southern California. “It is brutal for him and also brutal for thousands of other children who have fled three of the most violent countries on Earth — Honduras, Guatemala and El Salvador.”

He said most of the minors facing deportation proceedings without lawyers came to the U.S. to escape violence in those three countries.

The ACLU and another organization tried unsuccessfully in the past to obtain lawyers for minors through a class-action lawsuit.

In Monday’s ruling, the 9th Circuit expressed sympathy for the teenager but said the law did not support him.

Immigration authorities picked up the boy and his mother four days after they crossed the border in 2014. They were detained in Los Angeles.

An immigration judge repeatedly told the mother that her son was entitled to a lawyer, and she said she could not afford one, the 9th Circuit said.