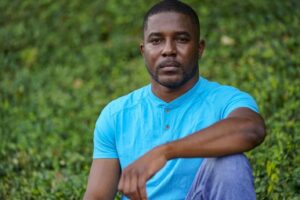 CHICAGO (AP) — An Illinois law aimed at ending federal immigration detention in the New Year has hit another legal snag, delaying a change immigrant rights activists had celebrated as historic.

Local governments in Illinois cannot enter into new federal agreements allowing jails to house immigrant detainees and must end old ones in 2022 under the law signed in August by Gov. J.B. Pritzker. Other states including Maryland and New Jersey have enacted similar laws.

Three Illinois counties with such federal agreements faced a Jan. 1 deadline to end contracts. While one in downstate Illinois complied last year, two others are involved in a federal lawsuit challenging the law. The case was dismissed last month, but a federal judge on Thursday granted an extension while an appeal is considered. Authorities in McHenry and Kankakee counties now have until Jan. 13.

Immigrant rights activists have celebrated the law for months, saying incarcerating people awaiting immigration proceedings is inhumane and costly. But others, including authorities in McHenry and Kankakee counties, argue they’ll lose revenue and that ending contracts creates new complications such as moving detainees away from family.

“This decision will have absolutely no impact on these detainees being released,” Kankakee County Sheriff Mike Downey said in a statement after the lawsuit’s dismissal. “In fact, they will undoubtedly be transferred to other states, all the while forcing families of these detainees to travel much farther to visit their loved ones, all due to typical partisan Illinois politics in Springfield.”

In far southern Illinois, the Pulaski County Detention Center cleared out immigrant detainees during Labor Day weekend. Most of the roughly 50 detainees were transferred to either the two other Illinois facilities or Kansas.