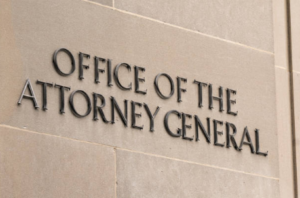 Madigan’s lawsuit, which was filed in Winnebago County, alleges Armendina “Dina” Romero “advised people on immigration matters, prepared and submitted applications for legal immigration status,” even though Romero is not a licensed attorney, is not employed by immigration attorneys, does not work for an agency authorized to provide immigration services, and has not registered with the attorney general’s office, as required by state law.

The suit also alleges Romero informed at least one person that she worked with a church in preparing Deferred Action for Childhood Arrivals, or DACA, applications, giving the impression that her services were free.

In addition, Madigan’s lawsuit alleges Romero violated the law by failing to provide written contracts to explain her services or costs and failing to inform consumers of their right to cancel a contract within 72 hours or their right to have their documents returned.

The defendant “exploited the fear and confusion that many immigrants experience to take their money,” Madigan said in a news release. “I urge people, regardless of their legal status, to contact my office for information on legitimate immigration help or if they have been the victim of fraud. My office does not ask for immigration status.”

Romero has been the subject of two complaints filed with the state AG’s office, records obtained by the Register Star under the Freedom of Information Act show.

In April 2015, Romero was accused of charging $600 for assistance in completing DACA forms intended for work permits.

“Ms. Romero is a notary public in Illinois and not a licensed attorney, and she is selling immigration-based ‘legal advice’ and preparing immigration applications for members of the undocumented community in northern Illinois in direct violation of the Illinois Notary Public Act,” attorney Shannon Powell said in the complaint.